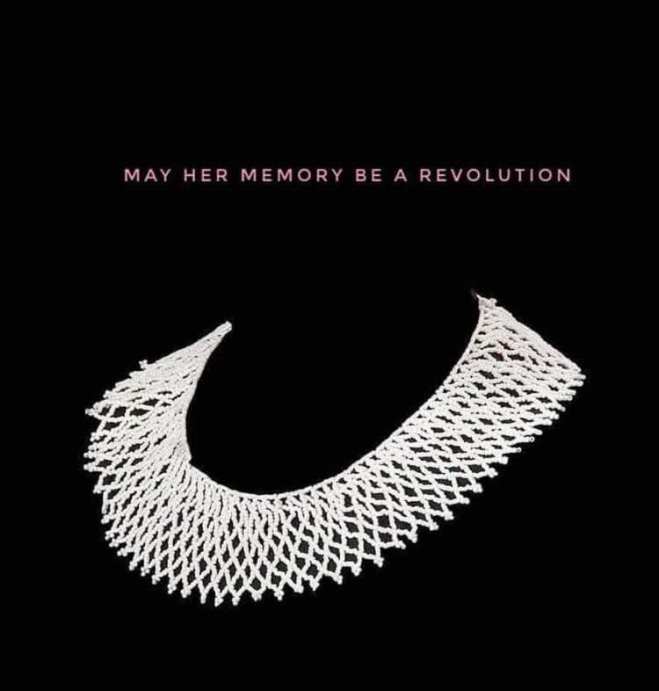 We can all thank RBG

“Women belong in all places where decisions are being made. It shouldn’t be that women are the exception.” — Ruth Bader Ginsberg, CNN 2009

On Friday, we lost a great American hero. She was not only a champion for women, she believed in equal treatment under the law regardless of sex. The first case she argued before the Supreme Court was to garner a man rightful benefit to a caregiver deduction on his taxes. She understood that gender discrimination harms everyone, and by arguing for equal treatment for a man, she would set the stage for her decades-long battle in the fight for women’s equality.

While women were burning their bras, and protesting in the streets to change hearts and minds, Ruth Bader Ginsberg was inside the halls of justice, changing the law to treat women, to treat all of us, more fairly. She had a profound impact on our democracy, and my heart breaks today over the loss. Justice Ginsberg held on for as long as she possibly could, understanding the gravity of what comes from her passing. The world needed a moment to grieve, to honor the legacy of an icon who served our country for four decades, but Mitch McConnel couldn’t allow it. Within moments of the news, alerting us of her passing came the immediate response from the GOP that they would work to find her replacement before November’s election.

Her body not yet buried, her family not allowed proper time for Shiva, for GOP to rise like yetzer hara and violate not only Ginsberg’s dying wish, but McConnell’s own wishes when it was time to find Justice Antonin Scalia’s replacement. For more than a year, he would not entertain Obama’s requests for a replacement after Scalia passed, so that “a new President-elect could have their say over the make-up of the court”. Yet here we are, a little more than 50 days from the next election, and he’s ready to rush someone into her, still warm, seat. I wonder if he’s rushing to fill her seat because of his insatiable lust for power, or if he so hated the fact that that seat was held by a woman, that he’s rushing it as a way to silence her work? In the words of Val Kilmer’s character from Tombstone, his hypocrisy “knows no bounds”.

While the pundits are fully, and rightfully, enraged over this behavior today, we liberals sit fearfully, praying that the fate of democracy does not hang in the off-balance of a 6-3 conservative court. More importantly, we are losing the voices of women on the bench. Less than a third of the current administration’s potential list of nominees are female, who will likely never be considered by the Republican Senate majority of mostly old, white men. Most of the 200 federal judges that the Senate has approved during the last four years are also men. Half of these were vacancies left during the Obama administration because McConnell refused to confirm 100 of the former President’s appointees.   They have reshaped the entire court system, to favor white men, and none of us was the wiser to it.

There was a time, during Ancient History, in certain places when women were viewed as equals to men in both law and worship.  Ever since the Archaic age (so dutifully named, I might add…), it was codified by Athenian law that a woman’s legal status was relegated as less than full, and in most cases no, personhood in the Western world.  Through various interpretations of the Bible, clerics worked to cement these laws into the moral fabric of Western society, as well.  Not only do women have to fight for what many consider basic “human” rights, traditionally reserved as the rights of men, but also for changes in legal doctrine to ensure that women are seen as equals to men (i.e., women have to work to validate their personhood, not only in the eyes of the law but in the Church).

Which brings us to the fundamental definition of feminism. Rather than dismissing the movement solely on the basis of a women’s right to choose, understand that any person (of any sex) who fundamentally believes that a woman is a person with rights equal to that of a man, legally and morally, is considered a feminist. As a feminist, I believe in equity, not just equality, for all living beings (not just humans).  Yet, I’m also a realist who also understands that if you truly want change, it requires an immeasurable amount of patience. Justice Ginsberg was one of our most fervent feminists, whose immense amount of patience, grace, and compassion, was awe-inspiring. Especially in a time when our country is deeply divided.

She understood, however, that change is like a slow-moving boat, only turning one-degree at a time. As a woman, who has stood on the shoulders of the suffragettes, along with the women who have continually fought for the right to property, health, movement, education, equal pay, and reproductive rights, I am incredibly grateful for everything they have achieved, for everything that Justice Ginsberg fought for during her career.  As in life, she also knew what was at stake with her death – she held on as long as she possibly could, fighting to make it to November. I also consider myself to be of the progressive mindset (some might say I’m too much so) so I lack that kind of patience. For me, change is long overdue.

We must not let that fight die along with her, we must not let go of the momentum. This summer, we have seen protests across the country, demanding change, with greater urgency than at any point since the Civil Rights era. If we don’t show up to the ballot box, to the metaphorical “finish line”, that movement dies…and all of that work that people like Justice Ginsberg fought so hard for dies along with it. In November, we must cast our votes in her honor, in honor of all of those who found and died for rights that we now have today because of their dedication to a more equitable nation.

I hope her soul is at peace. I hope that she can rest well in eternity knowing that we who believe in freedom will not rest. That we will pick up the fight where she left off. I hope you will join me.