The Battle at the Border

This past weekend, J-ville played host to the epic battle between University of Florida Gators and the University of Georgia Bulldogs.  This rivalry dates back some 90+ years and is one of the few rivalry games that still get hosted at a neutral site.  In fact, J-ville has been the home of this game since 1933.  People start arriving in town the Wednesday prior to the game and then they haul ass out of town the Sunday after.  With all of the preparations the city undertakes for this game, you would think it was the damned Super Bowl being played. The downtown core was flooded with copious amounts of RVs, which stands for “Redneck Vehicle”.  They even set up an “RV City” near the stadium for GAWD’s sake and they actually have to tell people not to drive their golf carts around the city if they aren’t street legal….which is only slightly redundant, don’t you think?  And of course, rules are always made to be broken, particularly when it comes to rednecks perceiving that you have somehow impinged upon their freedom to own a golf cart and drive it where ever they damn well please….. 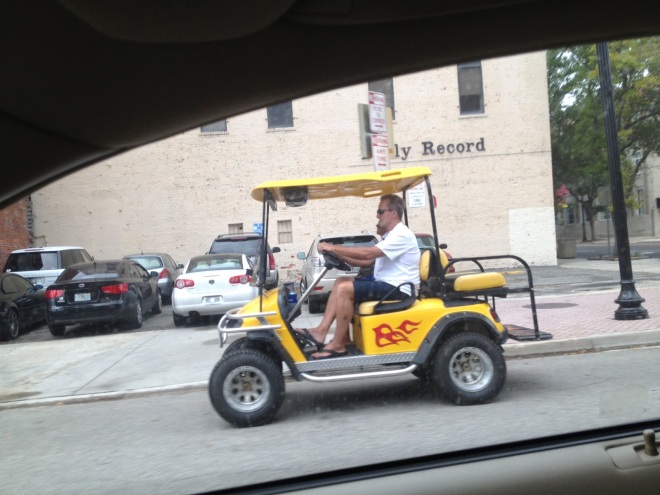 Why am I so annoyed by all of this commotion?  Because I live SIX blocks from the stadium where the rivalry was wagered.  For five straight effing days, I have been subjected to college kids, rednecks, people in Halloween costumes, and thugs alike, who we can easily group into one simple category “drunk ASSholes”.  Ginnie is not happy either, as we have been able to go for our daily walk DOWN BY THE RIVER.  I made the mistake of taking her on Wednesday, as everyone started to set up their RV camp, and they molested her Mohawk so badly, she is considering pressing charges against three of them. 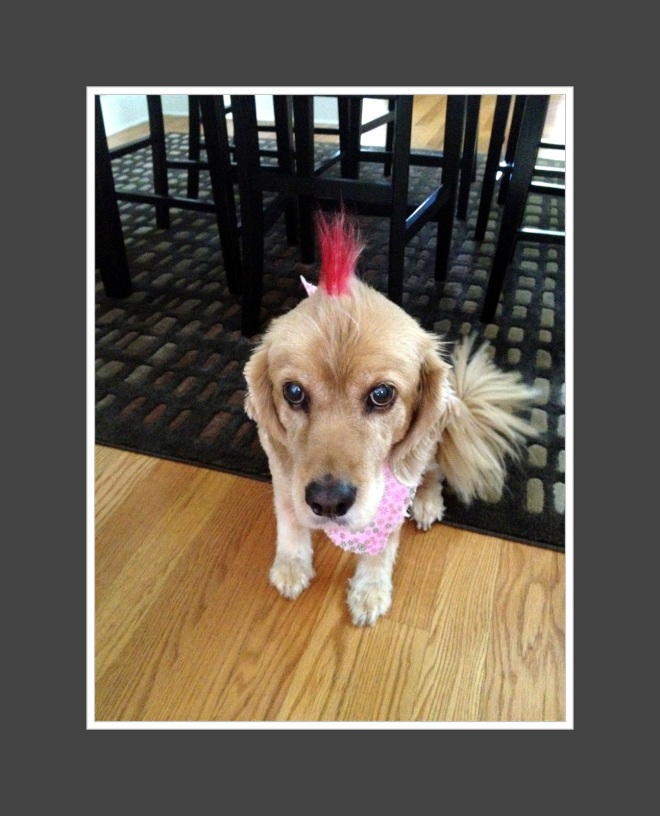 Friday night got so loud, with all of the revelry on the street below, I escaped to a drag show only to be deeply disappointed.  The queens of JAX need to attend an apprenticeship program prior to being thrown on stage to lip-sync bad renditions of Rhianna songs, Brittany Spears style.  My friend, Sam, who joined me for the “entertainment” spent an hour trying to convince that I should tip them, accusing me of being afraid to do.  No sir, I was not afraid, I just didn’t think that they deserved a tip, other than they should consider waxing, instead of shaving. 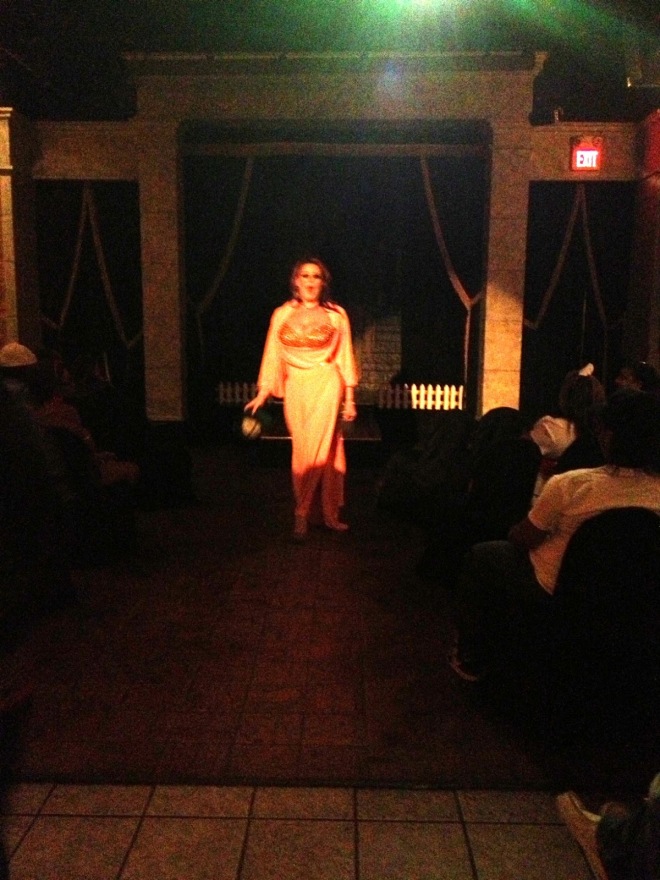 Is it bad that I was happy to see Hurricane Sandy blow through here on Saturday to help clean up the mess of booze and buttheads?  Then again, how many other places can you go and see golf carts and drag queens together on a Friday night?  Maybe I need to work on my perception….