As if the free wine all day wasn’t trouble enough, I found a little jazz club in Fira on Wednesday evening. There were no live bands (since the season here is wrapping up), but they did play some good older jazz ballads and the bar was full of locals celebrating the recent rioting in Athens.  I joined a few of them in their jovial spirit with a few libations of my own.  During the course of the evening, while downing martinis, I was educated about what the locals are truly upset about when it comes to their struggles with the current government as well as with the European Union as a whole.  The couple who seemed the most impassioned about the topic was George and his girlfriend, Aphrodite (really and her beauty is definitely deserving of the name – she was stunning).  With all of the fervor and fire floating around the bar that evening it sparked in me a moment of creative expression to work on my book – so I grabbed several napkins and a pen from the bartender and began writing furiously a new intro that may not be total shit – like all of the others I have tested thus far.  It was my writing that prompted Aphrodite to introduce her and George to me.

Three martinis and 3am later (yes, three….), they saw me back to my hotel and also invited me to take a tour of the island the next day.  I slept until Noon and then I called George.  Aphrodite was unable to join us because she is still working for the season, so he picked me up and drove me all over the whole island of Thira on his motorcycle (I am getting closer and closer to having used every mode of transportation possible on this continent – just two more to go, I think).  If you have never seen “My Big Fat Greek Wedding”, then this analogy will be lost on you, but George is the absolute personification of Toula’s Dad.  George has worked as a tour guide in Santorini for 17 years so he was able to give me all kinds of information about the island, plus he is also native to Northern Greece.  Throughout the afternoon he told me everything Greece has done to help the world (to which I do not deny their contributions to our society), but there was a moment that it struck me as quite funny to hear many Greeks talk this way, not just in the movie.

For example, while sitting at the Sea Side Café enjoying excellent Saganaki and some Souvlaki, George relayed the story to me about how the Greeks came up with the saying “OK”.  He explained when many of them first immigrated to America, they struggled with learning the English language (cuz Greek is so easy…) while working in factories.  They needed a way to tell the supervisors that everything packed in boxes was ready to ship, deliver, etc.  To solve the problem, they started writing big “Os” and “Ks” on the boxes.  Why?  Because in Greek O.K. means Ola Kala.  Ola Kala translates to “Everything is alright”.  So there you go. 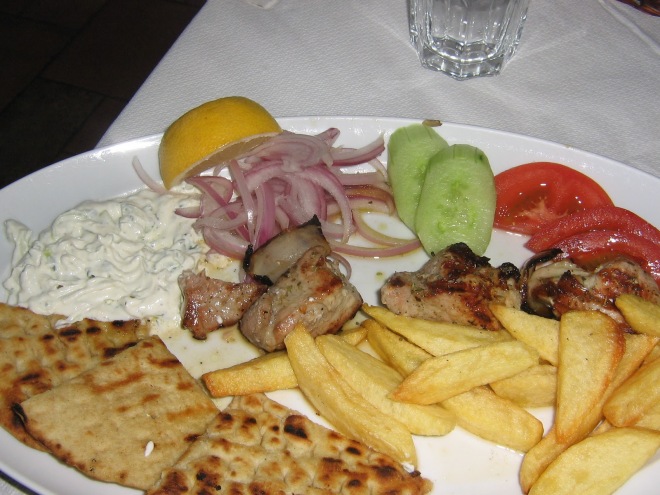 After being schooled over lunch on the black sand beach, we headed to the North end of the island, to Oia (where Mama Mia and the Sisterhood of the Traveling Pants were filmed).  George worked on both of those movies, so he showed me the house that Alexis stayed in.  As we were discussing the history of Oia, a woman standing next to us lost her footing, fell and broke her leg. She and her husband were visiting for the day from the cruise ships, so were just on a walking tour of the city.  George frantically called for an ambulance while I tried to keep her from going into shock, because she broke her femur bone and I didn’t want her to notice that her upper thigh was rapidly swelling and bending in a direction the Universe did not intend.  For the next fifteen minutes, I sat with Cora, checked her pulse and continually reminded her to breathe, while her husband Rick freaked out and George gave directions to the tour guide that once the ambulance came they were to pay the drivers 20-euros in cash to take her to a private doctor, and gave him his name.  George has seen a few accidents in his days as a tour guide and he was steadfast about Cora receiving proper care – which would not be provided at the public hospital – I would take his word on that.

Once Ms. Cora was situated on the gurney, George and I settled our nerves for a bit, and then watched the sunset at Kastro Café – where a good friend of mine fell in love with a man who works there a few years before (so romantic, isn’t it?! eeeeekkk!).  I had the honor of meeting him and he was beaming when I spoke her name in a way that I would always hope someone I cared for thought of me years later.  It was a full day, full of emotion personally and nationally (as drastic austerity measures were voted into place today as well). 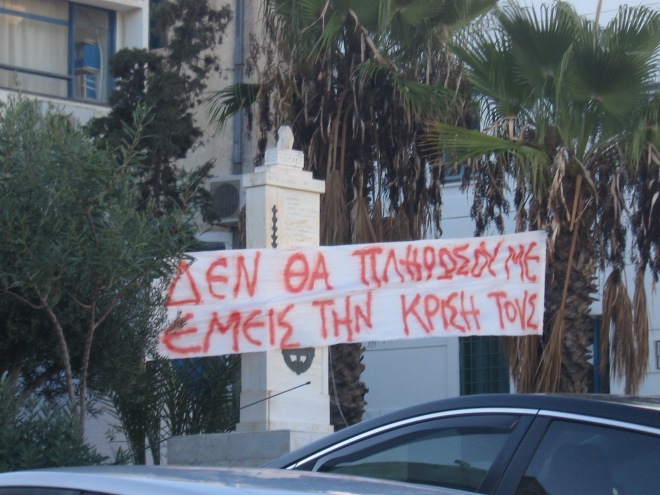 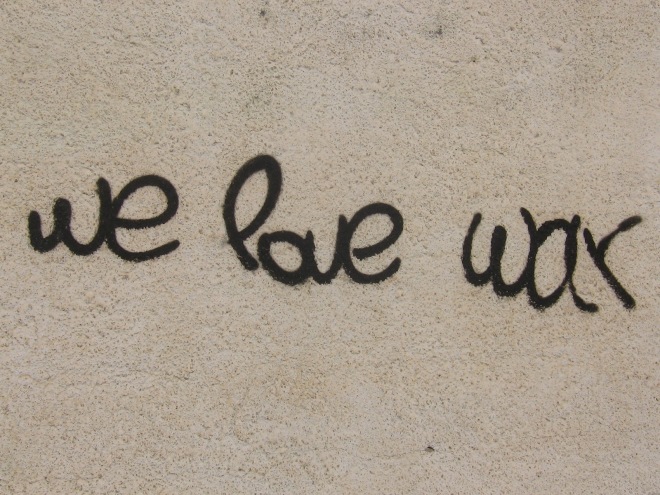 I spent my last day in Fira doing laundry, homework, eating waffles and ice cream, and recovering from the extremes of the day before.  I can officially say I am done with Greece, cross your fingers and toes my flights are running tomorrow and I can actually get the eff out of this country and back to Italia.